What is a water damage? It’s anything that happens in your home that causes problems for you and your family.

It can be a simple over-flowing of a sink onto the kitchen floor. Or perhaps a toilet didn’t flush properly and it sloshed out a bit onto the bathroom floor. Then again it can be a little more serious such as from a broken pipe that spewed water everywhere in the basement when it was time for spring watering of the flowers. No matter what, a water damage in your home is bad news. Even the tiniest bit of water can cause all kinds of problems, from the worse (mold damage) to the least (pesky odors). There are three things you can do to help prevent water damage in your home:
END_OF_DOCUMENT_TOKEN_TO_BE_REPLACED 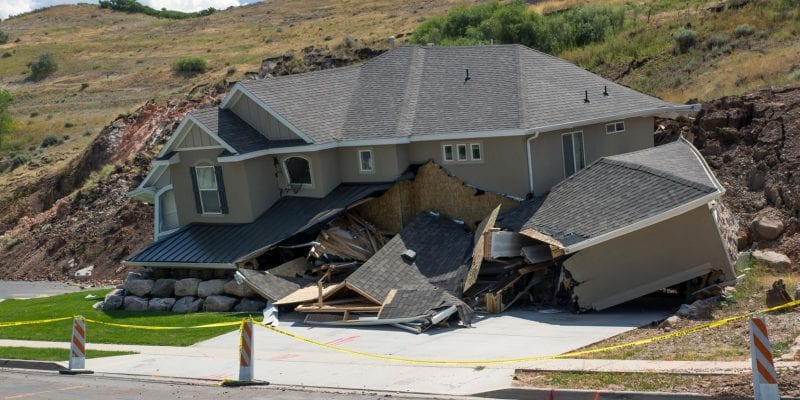 Nothing quite compares to the comfort of walking into your house, removing your shoes, and sinking back into your favorite recliner for a moment of relaxation after a long day. On the other hand, nothing quite compares to the panic and devastation that arises from coming home to find your home and belongings soaked, submerged, and potentially destroyed. Upon coming across such a disaster, it may seem that water damage cleanup is a near impossible task. Typically, this is where one’s fight-or-flight mechanism kicks in.

Realizing your home has been flooded can send you straight into panic mode. This may lead you into some dangerous waters, pun intended and could lead to further harm to both you and your home. You may find yourself tempted to fling yourself into the danger zone in a frenzied rampage to save your belongings. However, entering the area without protective gear can be extremely dangerous, as the water may contain unknown and detrimental contaminants and bacteria, as well as sharp objects such as nails, broken glass, or exposed wires. In addition, without turning off the water and electrical power, not only are you likely to have more water damage, but you also run the risk of fostering an electrical current in standing water. It is not a good idea to impulsively rush into the situation and tackle the disaster without a serious and professional assessment. “Fighting” the flood on your own is extremely dangerous and could inflict serious injury, inevitably leading to bigger problems than you started with.

Additionally, water damage can also be quite overwhelming, and if you are more prone to the “flight” aspect of the fight-or-flight conundrum, you may find yourself searching for quick-fixes to try to patch up the problem and ignore the real, more long-term consequences. Laying a few towels down and turning on some fans might seem to dry out the area, but much of the more serious damage will be virtually untouched. There may still be water in places you can’t see, like in the walls and beneath floorboards, which can lead to structural decay and mold growth. When left untreated, this can pose a serious threat to the health of all those in the household and could potentially generate major problems in the future.

All-in-all, the best way to handle this type of disaster is simpler than you might think. By reaching out to a water damage restoration service like Regency DRT in the Port St. Lucie area, your home can be saved without much hassle at all. Many water restoration companies offer different services, each tailored to your individual needs. Every disaster is different, and these companies are equipped to handle anything ranging from plumbing backups to severe flooding without causing any stress. An inspection will be conducted to assess damages and determine the source of the water.  From there, the service will determine what actions must be taken to recover your home and its contents, and the disaster will be professionally handled so that you and your home are taken care of.

There are many steps you can take as a responsible homeowner when flooding occurs in your home, whether from an overflowing toilet or a failed sump pump. First of all, keep it safe. Do not do anything that can cause physical harm to yourself or your family, which can mean working in areas with electricity that have water damage issues. Pick things up. When water intrudes, picking up smaller items and placing them out of harm’s way is important. For objects you value, normally smaller items, and can get to without danger to yourself, start wiping them off and getting them dry. Although your water damage pro will handle the final cleaning and restoring of valuable objects, you can do much to help the process.
END_OF_DOCUMENT_TOKEN_TO_BE_REPLACED 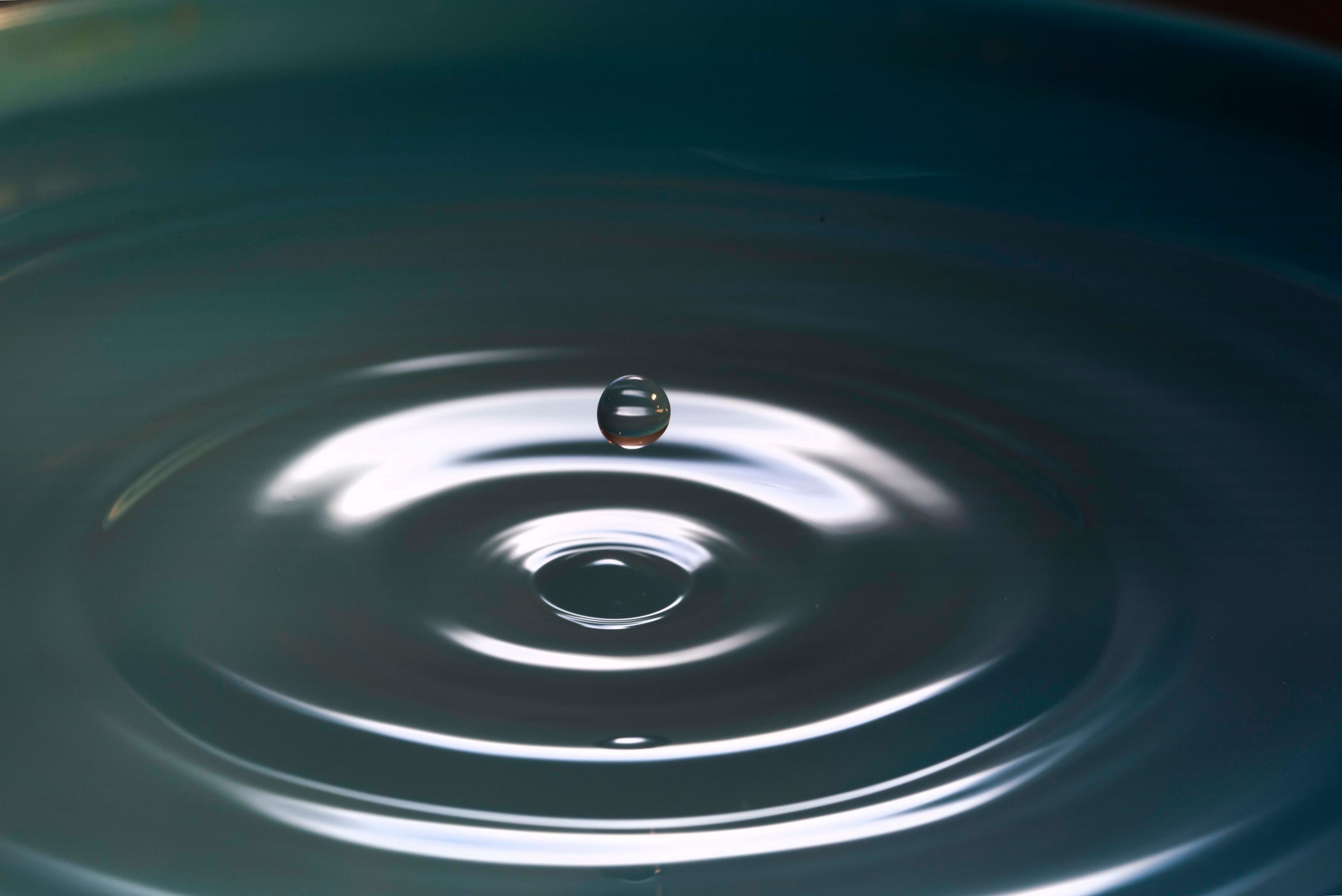 Three Steps for Drying Out

The cause of the damage must be considered when drying out a home or building. If it is “fresh” water, such as a broken pipe or leaky roof, the drying process is a little simpler than a sewage back-up.

Small water damages that are concentrated to an area, such as under a kitchen sink, can quickly be cleaned up. Large water damages can take days to clean and dry out, often resulting in pesky odors that then must be dealt with. It’s that pesky odor that tells you not all is well, and more work needs to be done.

Cleaning and disinfecting surfaces quickly means less microbial growth, which can lead to potentially dangerous mold. Some people are highly sensitive to mold spores, while others show no physical reaction at all. Don’t take the chance in learning the hard way how you might react to mold. Prevention is best.
To ensure the safety of your family, there are three basic steps:

Remember, water damage can be potentially dangerous even after you think surfaces are dry. If it feels dry, it just might be… but it might not. Professional water damage removal pros have meters and devices to determine when surfaces are totally dry. And they have the products and equipment necessary to do the job right — items you can’t buy at your local grocery or hardware store.

Play it safe. Protect your family. Call your restoration pros at Regency DRT for any type of water damage to your home. 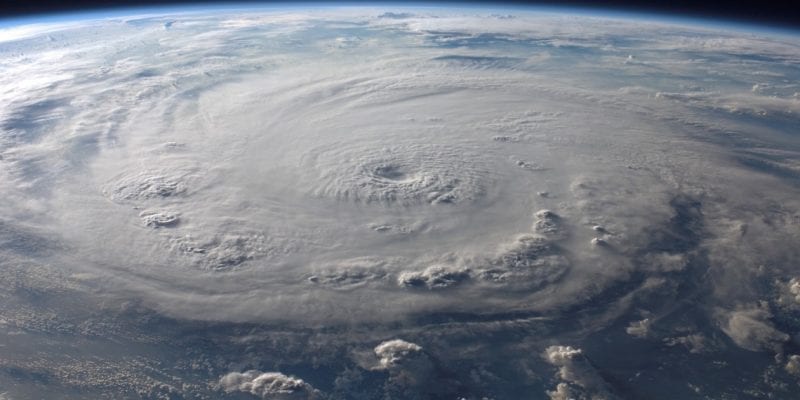 Hurricane season in the Atlantic brings with it a plethora of dangerous and devastating weather. But how does all of this get started?

All hurricanes are essentially fueled by two simple things: heat and water. Hurricanes generally begin above the equator, where the waters are significantly warmer. The air just above the ocean’s surface takes in heat and moisture and, as the hot air rises, it leaves the air below it with a lower pressure. This cyclical process repeats and produces swirls in the air, according to NASA. This creates a thunderstorm that has the potential to turn into a hurricane.

Warm water in the Atlantic is really the first key element hurricanes need to get started. Another important key factor is wind shear. Wind shear, according to Federal Aviation Administration, is a change in wind speed and/or direction over a short distance. Wind shears can be either horizontal or vertical and are most commonly caused by strong differences in temperature. These contribute to the cyclone of warm and cool air that starts a hurricane.

These two ingredients for hurricanes don’t just happen on their own, though. Gerry Bell, the lead seasonal hurricane forecaster for NOAA’s Climate Prediction Center, says that “there are two dominant climate patterns that really control the wind and pressure across the Atlantic.

The El Niño/La Niña cycle is the first of these climate patterns. El Niño is a large-scale ocean-atmosphere climate interaction that causes periodic warming in the ocean surface temperatures. These effects are seen in the winter season, with wetter-than-average conditions expected. La Niña is essentially the opposite of El Niño, in which it represents below-average ocean surface temperatures, but slightly warmer temperatures in the Southeast region.

The second climate pattern that impacts hurricanes is the Atlantic Multidecadal Oscillation (AMO). This is a climate trend that has a time span of 25 to 40 years and is generally associated with warmer waters in the Atlantic. When the AMO is in a warm phase, there tends to be stronger hurricane patterns. Currently, we have been in a warm phase AMO, conducive to hurricanes, since 1995.

Hurricanes start out as tropical cyclones. Once a tropical cyclone’s winds have a sustained speed of 39 to 73 mph, it is then considered a tropical storm and it gets a name from the list put out by the World Meteorological Organization. If the sustained winds reach speeds of 74 to 95 mph, the storm becomes a Category 1 hurricane. 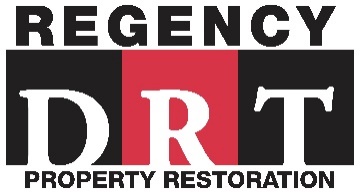 Regency DRT is a nation-wide leader in emergency services and property restoration services with 7 offices in Florida and Michigan, including West Palm Beach, Orlando, Sunrise, Port St Lucie, Panama City, Fort Walton/Pensacola and Detroit. Regency DRT was founded on the belief that a restoration company should provide exceptional quality of services to their customers while maintaining the industry’s highest standards.

Regency DRT offers 24 Hour Emergency Response and has extensive experience in working with insurance companies and claims adjusters on property insurance claims, coordinating everything from initial response until the property is restored to pre-loss conditions. With our extensive training and knowledge of restoration services, we are able to quickly respond with the necessary amount of equipment, resources and staff for the unique needs of the job, whether it’s a single residential loss, large loss or area-wide disaster.

Regency DRT is also a proud Member of Disaster KleenUp International (DKI), North America’s largest disaster restoration contracting organization. Being a DKI member also provides us with nationwide affiliates and partners to provide nationwide coverage to our clients. Call us at 1 (888) 354-2447 or visit our website at RegencyDRT.com