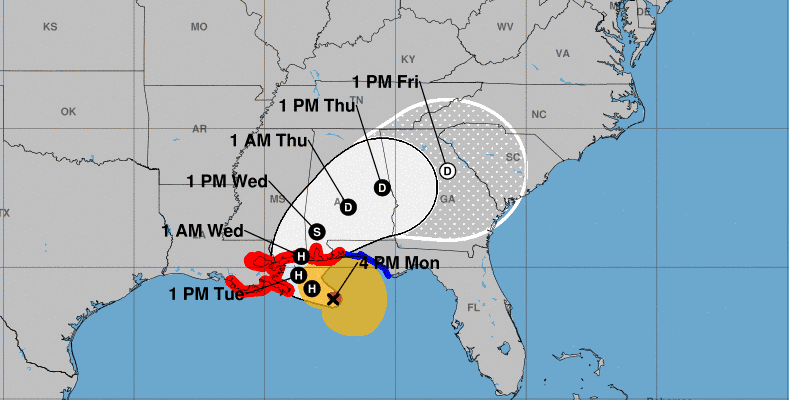 Hurricane Sally reached Category 2 strength Monday afternoon as it neared the Gulf coast, but forecasters warned the storm’s real danger could be in devastating flooding.

The latest forecast showed Sally could bring up to 11 feet of storm surge and 2 feet of rain in some spots in Louisiana, but Sally’s impact will be felt from Louisiana to the Florida Panhandle.

Monday evening, the eastern coast of Louisiana, as well as the entire coast of Mississippi and Alabama were under hurricane warnings, and the western coast of the Florida panhandle was under a tropical storm warning. 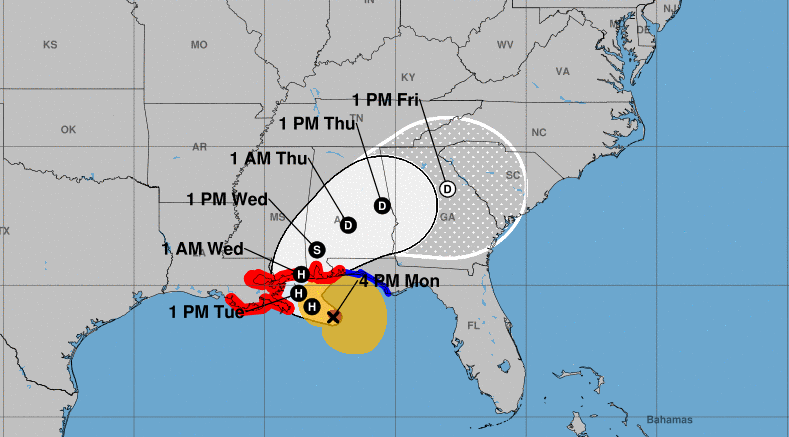 The storm has reached winds of 60 mph and is about 135 miles West of St. Petersburg, Florida. The storm is moving west-northwest at 12 mph.

Heavy rain continues to fall on the eastern side of Sally, especially from the Florida Keys to Sarasota.

Flood watches have been issued for a large part of the Southeast U.S.

Regardless of the wind speed of Sally, the primary and most major concern remains the water because Sally is expected to slow down dramatically as it approaches the coast line.

Sally’s outer bands should begin to reach the Gulf Coast tomorrow morning. As we move through time, it is evident that Sally does not make significant progress inland until Wednesday morning.

This likely allows for up to 48 hours of storm surge and rainfall which could be a very dangerous situation.

The rainfall forecast now calls for up to 20 inches along the Gulf Coast. As with all hurricanes, this rainfall will be realized east of the center and could cause major flash flooding.

The storm surge forecast is now up to 11 feet, again east of the center. Sally is expected to be a very slow moving storm, with the ability to bring very dangerous storm surge and flash flooding.

A mandatory evacuation has been issued for Grand Isle, Louisiana, according to a press release from Grand Isle Mayor David Carmadelle’s office. The town of Grand Isle will open an evacuation center at the Raceland Recreation Center, located at 221 Recreation Drive, Raceland, Louisiana.

There are also two more tropical waves pushing off Africa as well as Tropical Depression 20. 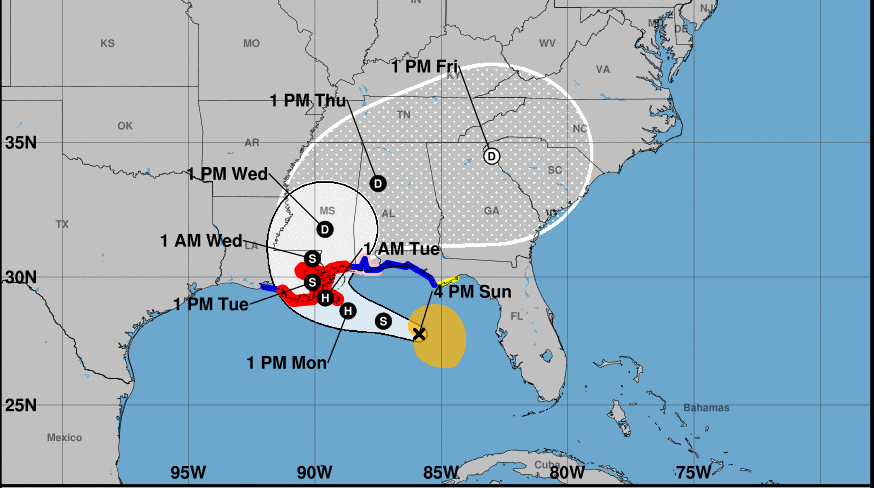