Another robust tropical wave that emerged off the coast of western Africa on Sunday quickly organized into Tropical Depression 18 early Monday morning, which was later upgraded to Tropical Storm Rene late Monday afternoon.

Tropical Storm Rene had maximum sustained winds of 40 mph and was moving to the west at 15 mph as of 8 a.m. EDT Tuesday.

Rene, the 17th named storm of the 2020 season, set yet another record for the basin. This is the earliest on record than an “R” storm has developed, according to Klotzbach. Rita, which formed on Sept. 18, 2005, was the previous record holder for the earliest “R” named storm on record. 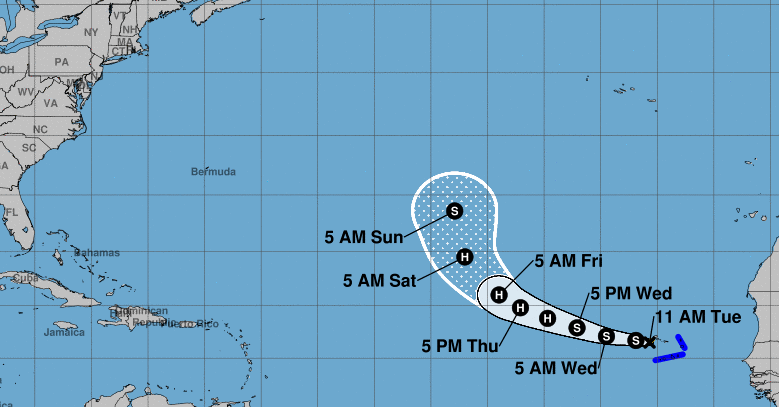 Another tropical wave is forecast to move off the west coast of Africa on Sunday. Gradual development of this system is then expected, and a tropical depression could form by the middle of next week while it moves generally westward over the far eastern tropical Atlantic.

What is the likelihood of it gaining strength?