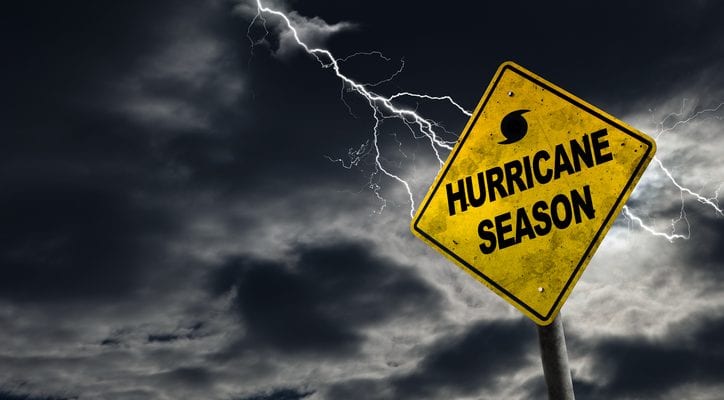 The tropics are quiet. Too quiet. We are still in the peak of Hurricane Season within the Atlantic and Pacific, but the seas are silent. However, this hiatus will not last long.

The month of October has featured several of the United States’ most vicious and ill-famed systems (i.e. Hurricane Michael in 2018).

During October, wind shear begins to increase over the eastern and central Atlantic which will tear a system apart before it develops. However, in the Caribbean and Gulf of Mexico, the water temperatures are close to their warmest, and the wind shear remains close to its minimum.

October is the most dangerous month for hurricanes for states like FL. Of the 112 recorded hurricanes to strike Florida since 1950, thirty-eight have occurred in October.

During month of October, there is a southward advance of the jet stream, as cold air begins to move over Canada. Which will facilitate fuel intense extratropical transitions because the remnants of hurricanes will move north.

By October 10th, rising motion related to consecutive convectively coupled Kelvin wave, a huge overturning circulation that meanders the tropics, will spread out around the western Atlantic. That upward motion can make it easier for storm clusters to become organized and a tropical system to mature, if one develops.

During this point, the Madden-Julian Oscillation, or MJO — an analogous circulation that traverses the tropics monthly — is also supposed to enter a state that will cause a lot of storms and rain within the Caribbean and the Gulf of Mexico.

Even though some cooler waters linger within the northern Gulf after being churned up by Sally, the majority of the Caribbean Sea and the Gulf of Mexico stay warmer than usual. There is Plenty of heat to encourage a Hurricane if one does form.