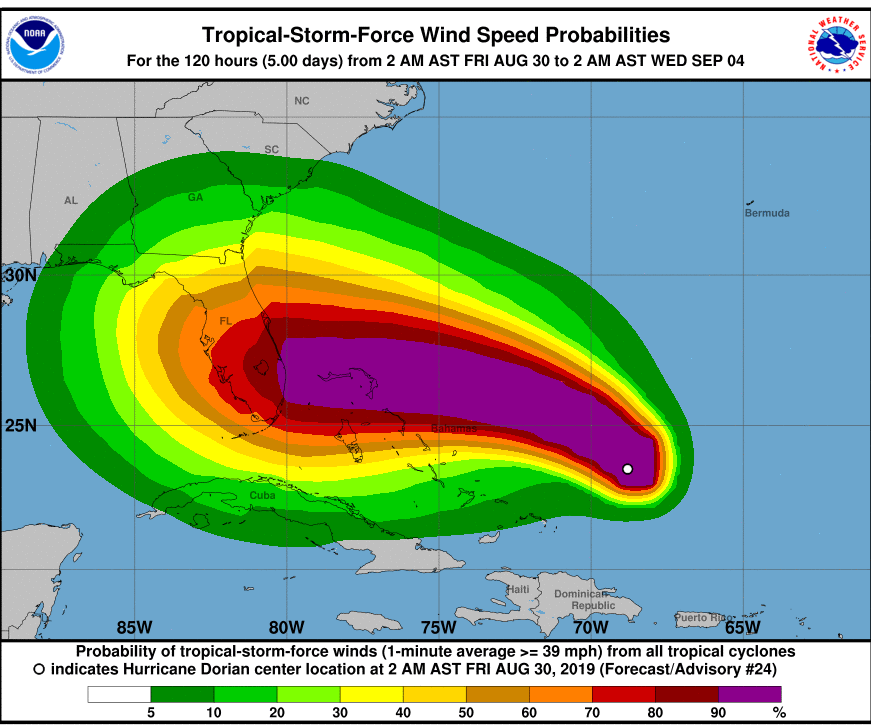 On Thursday night, Hurricane Dorian strengthened to a Category 2 storm and is expected to keep strengthening as is approaches Florida. The National Hurricane Center predicts Dorian will become a powerful Category 4 by the time it reaches land, with potentially catastrophic 140 mph winds.

“Dorian is likely to remain an extremely dangerous hurricane while it moves near the northwestern Bahamas and approaches the Florida peninsula through the weekend,” the NHC said. As of right now, Dorian is expected to make landfall late Monday or early Tuesday as a Category 4. The National Weather Service said the Dorian will probably be a “triple-threat of dangers” with “life-threatening storm surge, devastating hurricane-force winds, and heavy rains.” 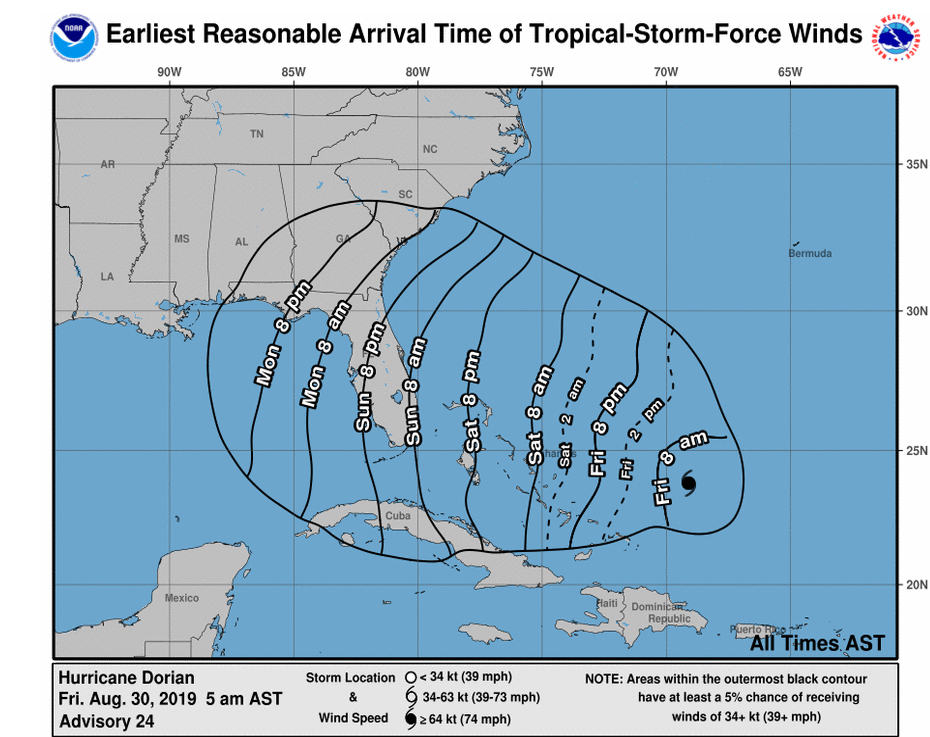 Florida Governor Ron DeSantis tweeted that he has activated more than 2.500 Florida National Guard troops as the state braces and prepares for Hurricane Dorian. He has declared a state of emergency for all of Florida’s 67 counties and has encouraged residents to gather at least seven days’ worth of supplies, including food, water, and medicine.

President Trump has also addressed the hurricane, posting a video on twitter, calling Dorian “an absolute monster.” He has also cancelled a trip to Poland as a result of the storm, in order to “To ensure that all resources of the federal government are focused on the arriving storm I have decided to send our vice president, Mike Pence, to Poland this weekend in my place,” the president said. “It’s something very important for me to be here.”

In preparation for the hurricane Florida power and Light activated its emergency response team on Thursday, securing nearly 13,000 worked to help restore power. “We’re actively working with other utilities from across the United States to secure additional crews and equipment and pre-positioning resources in advance of the storm’s landfall, so we are ready to respond as soon as it is safe to do so,” said Eric Silagy, president and CEO of Florida Power and Light.